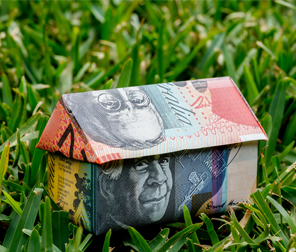 Broadly, we consider current mortgage loan quality within the Australian banking sector to be at historically high levels, and arrears near cyclical lows. The most recent data includes reporting by the banks, plus Standard & Poor’s RMBS Performance Watch as of December 31, 2018. These confirm that mortgages as an asset class have continued to perform well, albeit with very small pockets of stress. In particular, Western Australia has seen an uptick in arrears compared with the national average, driven by higher levels of unemployment and an economy that is not as diversified as the much larger markets of the Eastern Seaboard states, and with property prices that have not performed as strongly. In terms of early warning signs, typically unsecured personal credit such as personal loans and credit cards show deterioration prior to mortgages. These appear to be performing in line with the previous four years with the exception of December payments, which slowed and showed a slight uptick compared with previous years. Again, a very minor deterioration.

The performance of mortgages and broader personal credit will continue to be largely driven by employment outcomes. We believe that stagnant wage growth, whilst not overly helpful in itself, will not be a driver of mortgage arrears, and payments likely remain the highest single priority for consumers. Low wage growth will be reflected as softness in other forms of consumption.

Arrears won’t have a direct effect on bank profitability as the asset only becomes non-accrual when impaired, though of course increasing arrears is a precursor to further impairment. The banks run significant levels of general provisioning, requiring a significant deterioration before profitability is impacted. A severe stress test scenario for the Commonwealth Bank of Australia (similar to other banks) demonstrates the robustness: stresses to house prices (31% decline), unemployment (11%) and cash rates (reduced to 0.5%). Under this scenario losses are estimated over three years at AUD 3.85 billion, or AUD 3.06 billion net of insurance, against annual cash earnings of approximately AUD 9 billion, so the risk to capital is low in this isolated example.

The resource-based states have shown some pockets of weakness; however, the rebound in commodity prices may well result in improvement. Residential construction will inevitably slow as housing corrects, although from cyclical highs. The largest participants such as Stockland, Mirvac and GPT are quite diversified with strong balance sheets so we don’t see any issues at present with the larger players. Infrastructure activity and fiscal stimulus should serve to support labour markets and extend the cycle.

We expect a benign outcome for the banks. Remediation costs will filter through the system and by design the banks will stage these through various reporting periods in order to smooth earnings as much as possible. Credit markets and rating agencies are not concerned and we expect no additional news to emerge. In contrast, will feel that AMP has suffered significant brand damage and will struggle to rebuild this business over time. The life business is being divested and ultimately the remaining assets could also be divested and the company slowly wound down.

We feel the current position will be watered down with the major participants concerned they cannot fulfil the requirement for the additional capital within the Tier 2 market alone. We understand there has been a joint submission to APRA from the majors suggesting a Tier 3 or Senior Non-Preferred Instrument be introduced similar to the approach offshore. There is a substantial global market in Senior Non-Preferred with over USD 1 trillion now on issue. This is a large investor base and makes pricing more transparent for potential participants such as the Australian majors.