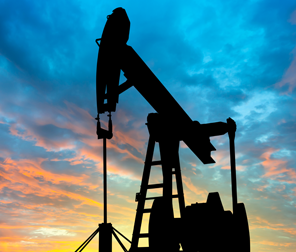 Why Are Oil Prices Up Amid Global Growth Slowdown Concerns?

Despite recent downward revisions to economic growth forecasts, oil prices have held up well. Why is that? The answer comes from a confluence of factors: resilient oil demand growth, US production growth, OPEC’s and Russia’s compliance with target quotas, supply disruptions and geopolitical risk. Consequently, fundamentals appear to be better balanced which supports current prices.

Looking at the demand side of the equation, annual oil demand continues to grow and is currently led by the emerging markets (primarily China and India). Developed market demand growth is primarily led by the US and Europe, and remains flat on improved energy efficiency. The growth rate of oil demand may be slower than in prior years, but remains positive at healthy levels despite the slowdown we are observing in global economic growth. That stated, the supply side of the equation continues to dominate the oil price discussion as US production has achieved record levels, surpassing Saudi production. This has altered the market dynamic where the Saudis historically could exert more control over supply and thus prices.

Since the oil price rout in 2015/2016, US producers have focused on short-cycle unconventional opportunities (shale), taking advantage of technological innovation to drive productivity and efficiency improvements to spur cost deflation, lower breakeven costs, preserve margins and generate free cash flow. The newfound policies of US producers, which emphasize financial conservatism over growth objectives, have led to capital allocation directed toward balance sheet improvement and liquidity over increased capital investment, including exploration. Investments in new projects are also constrained by capital markets access. Collectively, these factors mean that longer-term conventional oil projects are delayed, which could lead to lower future supply growth.

Complicating the oil supply picture is the lack of investment in more traditional conventional oil resources such as deep-water offshore. These investments have been dominated by larger oil companies due to the size of investment required and longer project lead times. The larger oil companies are now pursuing low-carbon endeavors including increasing their natural gas focus, moving down the value chain into petrochemicals, power generation and biofuels, and moving away from longer-term oil field developments in favor of short-cycle onshore shale. Consequently, the under-investment in longer-dated supply sources highlights the potential for a tighter oil market balance in the future and may allow OPEC room to regain market share. In the interim, OPEC and Russia remain committed to production cuts, curtailing more than the agreed target quota, with the expectation of a six-month extension to the commitment at the next OPEC meeting in June.

On a final note, it’s important to underscore that geopolitical risk continues to ratchet higher. We have already observed production outages in Libya and Nigeria, as well as sanctions in Venezuela and Iran. Indeed, with the recently announced end to the Iran waivers (set to expire on May 2)—reportedly expected to take one year to come into effect—Iranian oil supply will be removed from the market. While OPEC (mainly Saudi Arabia) and a release from the US Strategic Petroleum Reserve would likely be the two sources to fill this gap, we expect the oil market to tighten further as spare capacity is removed.

Overall, we believe that despite moderating global growth conditions, supply and demand fundamentals offer support for the strength of current spot oil prices.