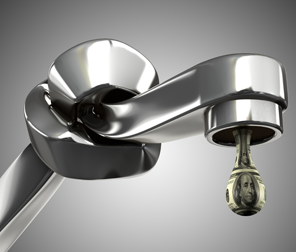 A dollar funding shortage hit markets last week as a perfect storm of factors combined to expose an insufficient quantity of cash in the system, creating severe upward pressure on overnight funding rates. While the occurrence can be viewed in parallel to the dollar demand required for balance sheets each month-end, quarter-end and especially each year-end, last week the September 16 corporate tax deadline and $54 billion in net US Treasury (UST) settlements occurred in an environment where reserve scarcity was already present due to increased UST issuance and in general an elevated level of reserves set aside by banks. Cash was drained from financial markets and the banking system as corporates took withdrawals from money market funds and banks to make tax payments to the Treasury.

The funding squeeze, which began on Monday, September 16, saw overnight repurchase agreement (repo) levels skyrocket to as high as 8.5%, and resulted in the average effective fed funds rate rising to 2.30%, above the Fed’s targeted range of 2.00% to 2.25%.

The pressure continued into Tuesday before the Fed took action and stepped in to offer dollar-funding liquidity by conducting a repurchase operation with the 24 primary dealers in an amount up to $75 billion. The first such operation on September 17 drew $53 billion in interest and the subsequent two operations drew strong demand in the amounts of $80 billion and $83 billion.

In the aftermath of this action the pressures on funding rates eased considerably, and markets became less concerned that the squeeze was an indication of a more broad-based problem with liquidity in the markets. On Friday, September 20, in order to ensure that significant pressures did not arise over quarter-end, the NY Fed announced that it would enter into overnight and term repurchase agreement operations through the end of the quarter and into early October.

Since the financial crisis, regulatory requirements such as Dodd-Frank and Basel III have changed the behavior of global systemically important banks (GSIBs) as they have set aside higher levels of reserves and now maintain adherence to complex capital requirements. Increasing UST funding needs, in the aftermath of the Fed’s balance sheet normalization process, have made it challenging for the Fed to determine what path to take to avoid future periods similar to what was experienced last week. In the near term, the Fed’s reserve additions via overnight and term repurchase agreements are likely to assuage fears of major funding problems at quarter-end. But with year-end fast approaching, the Fed will certainly be discussing options such as a Standing Repo Facility or a permanent addition of reserves through outright purchases of USTs.

We expect that the Fed will make it clear, however, that the tools it chooses to utilize are not related to changes in its approach to monetary policy, but rather a response to evolving technical conditions in the short-term funding markets.