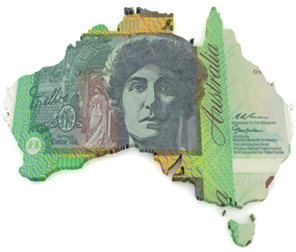 The Reserve Bank of Australia (RBA) cut rates by 25 bps to 1% at its July meeting. This is not only the record low for the bank, but the first consecutive cut in interest rates in Australia since 2012.

The move was widely anticipated, following a number of dovish speeches from RBA board members in recent weeks. Financial markets were pricing an 85% to 90% probability of a rate cut ahead of the meeting. With limited price action following the result, pricing suggests that the RBA is likely to cut again in November of this year.

The RBA’s statement noted a backdrop of trade, technological and geopolitical uncertainty in the global context and the board maintains a keen eye on developments there, particularly as they pertain to our most significant trading partners in Asia.

The RBA addressed conditions in the housing market with the observation that although the market remained soft, signs of stabilization in the largest markets of Sydney and Melbourne were welcome developments.

The statement concluded with the comment that the RBA would continue to focus on the labor market and adjust monetary policy “if needed” to support employment, economic growth and inflation.

Over the past six weeks comments from the RBA have focused on the labor market, in particular the non-accelerating inflation rate of unemployment (NAIRU). The board is of the view that there is greater spare capacity than previously estimated, which is a major driver of its dovish tilt.

An increasing participation rate has contributed to unemployment and, with the rate hovering around 5.0%, this is no longer expected to contribute to inflationary pressures. The bank has a strong desire to see a decline in the unemployment rate, hoping it will bring upward pressure to wage inflation. This second cut from consecutive meetings is the RBA’s attempt to support progress toward that goal.

Governor Lowe continues to bang the drum for greater fiscal policy support; however, he clearly believes the board can no longer sit idle, even at these historically low levels, with unemployment, GDP and inflation all trending in the wrong direction.

The question of whether the RBA will cut again in the short term may be to some degree dependent on how much of this cut is passed through by the banks. The June cut was largely passed through, although there is some skepticism as to how much of the new cut the banks will pass on. ANZ bank responded to the previous month’s backlash and was quick to announce a full 25-bp cut to its mortgage rate soon after the RBA’s announcement. The other three major banks subsequently announced 19-20 bps of cuts to their mortgage offerings which brings all the major banks roughly in line, having passed on 43-45 bps of the RBA’s 50 bp cuts in the past two months.

Our base case is that the RBA will sit tight for a few months at least, and quite possibly for the remainder of 2019, while it assesses the impact of the cuts as well as any contribution from fiscal policy towards improving economic growth, employment and inflation.