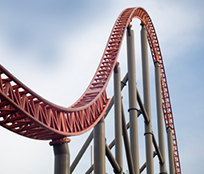 FX Volatility—It May Be Low, But It’s Not Cheap

Foreign exchange (FX) volatility has drifted lower given the prevailing environment of relative stability, and remains subdued when compared with historical levels. Some market participants have described overall FX volatility as cheap, but we disagree. The primary drivers of currencies and in turn, currency volatility, are central bank actions, real rate and inflation paths, relative economic growth along with concurrent capital flows, and geopolitics.

Developed market (DM) central banks around the globe have gone to extremes to communicate policy and forward guidance clearly. Their objective has been to support an environment of macroeconomic and financial market stability. After a period of challenged economic growth that forced central banks to approach the limits of easy monetary policy, subdued but resilient global growth and moderate inflation have led central banks around the globe—including the Fed, ECB, BoJ, BoC, RBA, RBNZ and others—to a crossroads with a high bar for additional monetary action. Moreover, central bankers have found that accommodative policy comes with diminishing returns—each incremental move in monetary complexity comes with less impact than previous moves. FX market volatility currently reflects both the pre-emptive actions that central bankers have taken to manage downside risks as well as the fact that further monetary policy actions are in short supply.

Concurrently, global rates markets have settled at lower yields. Real rates are close to zero at best and mostly negative while inflation struggles to regain meaningful levels. Such suppressed rates and flat yield curves have helped support global growth resilience and stability, albeit at less than ideal levels. Additionally, as nominal rates in the US have remained among the highest in developed markets and US growth expectations have debatably remained appealing relative to those of other DM countries, cross-border financial investment has continued to flow into the US unhedged in terms of currency risk given the punitive impact of stretched cross currency basis. These factors have contributed to the buoyancy and relatively stable value of the US dollar versus G10 crosses.

Political administrations around the globe have been eager to improve the relative growth advantage of their respective countries when compared with trade partners, but this comes at the cost of geopolitical stress. With most every country less than thrilled with its global standing among its counterparts, however, observation guides our opinion that a near-term policy equilibrium has been reached, given that any escalation in trade tension or geopolitical uncertainty appears to cause added economic and financial market hardship to those economies and markets that are directly or indirectly involved. While trade imbalances exist among G10 countries, monetary policy has little chance of being wielded to fight politically driven battles. Moreover, China’s incentive to maintain stable fixings of the CNY currency basket reflects its eagerness to achieve domestic stability and address geopolitical concerns. China’s focus on managing a stable currency basket contributes to the low realized volatility that FX markets have observed. Cognizance of Trump’s European car trade war tactics as a source of potential instability bears significance, but we surmise that a return to the trade imbalance battles that caused problems in the 1980s and 1990s appears unlikely.

With DM central banks on hold, global growth that has settled at a stable but underwhelming level, and what appears to be at least a near-term geopolitical and trade policy stalemate collectively signifies that the implied volatility of the FX market will likely remain at appropriately low levels. We sense that only when a material shock or change to prevailing conditions occurs will the current low FX volatility regime abate. Over the short term, we suspect that describing FX volatility as “cheap” simply because it currently matches historical lows tends to misrepresent prevailing market conditions. Western Asset views FX volatility as “low but fair” as it reflects prevailing macroeconomic and geopolitical environments. Ultimately, areas of opportunity can be identified within the currency volatility space and within volatility skew (the difference in the price of calls when compared to puts). These opportunities are currently being pursued by the Western Asset team for portfolio management purposes.