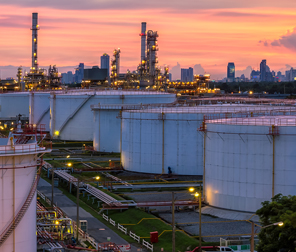 Exploring the Well of “Petrodollar” Debt

The decline in oil prices has been a catalyst for fueling a surge in debt issuance in the Middle East in recent years. As background, the Arab Spring earlier this decade prompted an increase in government spending by the six-member countries of the Gulf Cooperation Council (GCC), comprising Bahrain, Kuwait, Oman, Qatar, Saudi Arabia and the United Arab Emirates. However, the fall in oil prices that started in late-2014 exposed their fiscal vulnerabilities. Faced with annual budgetary shortfalls in excess of $100 billion in 2015-2016, GCC countries began turning to the international debt market to raise financing. The statistics are eye-popping. Total GCC issuance reached a peak of $50 billion in 2017, more than 10 times the amount raised only two years earlier (Exhibit 1). Saudi Arabia tapped the market for $17.5 billion in October 2016, setting a new record size in EM. The supply momentum remains steadfast in 2019, with Qatar and Saudi Arabia topping the league table at $12 billion and $7.5 billion, respectively.

The dramatic rise in GCC issuance has broadened the list of investible high-grade EM countries with solid credit fundamentals. Healthy external positions and substantial fiscal buffers are credit strengths of core GCC countries. Admittedly, lower oil prices have put pressure on the region’s hydrocarbon-centered growth model, with more acute impact on lower-rated sovereigns such as Bahrain and Oman, both of which have witnessed multi-notch rating downgrades. Nevertheless, financial pockets remain deep, especially for the AA rated sovereigns Kuwait, Abu Dhabi and Qatar. Strong initial conditions should provide the region with the means to reinvent and transition toward less reliance on oil over the longer term. While mindful of growing investor focus on ESG factors, we would note that the region’s political climate has been marked by relative stability over recent years.

Market technicals appear robust, as increased supply is met with broadening demand. In the past, investors have eschewed an off-benchmark allocation to GCC debt, given limited issuance, tight spreads and thin liquidity. However, the technical paradigm has shifted since early 2019, given the phased inclusion of GCC bonds in the widely tracked J.P.Morgan EM indices. By September of this year, GCC countries will have an index weight of at least 11%. To be sure, demand is not merely spurred on by index-oriented investors. Specifically, the growth of insurance and pension funds in the Asia-Pacific region has led to a buildup in appetite for long-dated securities of issuers with ratings of single A and above.

Their attractive risk-adjusted valuations supplement the appeal of geographical diversification. GCC sovereigns currently offer attractive spreads for their ratings when compared with their EM and US peers. Qatar presents a case in point. Rated Aa3/AA-/AA- with stable outlooks, its 10-year security offers a spread of 115 bps over Treasury yield. This places the pricing of Qatar’s debt at a level that is roughly comparable to the single A bonds issued by EM sovereigns and US investment-grade (IG) companies.

We view the expanding universe of GCC bonds as providing opportunities to express Western Asset’s long-term fundamental value discipline. We hold a constructive view on the higher-rated sovereigns within the region. From a portfolio construction perspective, GCC bonds can offer diversification benefits in at least two ways. First, they reduce the concentration on commodity exporters in Latin America. Second, they counter the growing bond supply out of the oil-importing Asian region. In global or broad strategies, given their solid IG ratings, value hunters should consider GCC bonds as a way to diversify away from the focus on traditional IG securities.