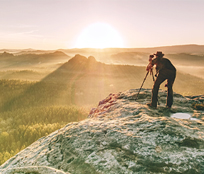 Despite its typically low volatility and high credit quality profile, the European supranational bond market has not been immune from whipsawing market moves seen across all asset classes. March saw spreads widen sharply amid investors’ demand for cash and rising risk premiums in an extremely illiquid and uncertain market. Unprecedented monetary and fiscal support announced by central banks and governments has since helped to improve market conditions and spreads have retraced much of their widening. This blog post focuses on the largest European supranational issuers given some important recent announcements, which contribute to our outlook for returns and changes that we have made in portfolios.

As detailed in a previous blog post about fiscal solidarity in Europe, the European Stability Mechanism (ESM) has made available a new credit facility in line with its mandate to provide financial assistance to euro area countries facing severe financing problems. Governments can borrow up to 2% of their 2019 GDP with very light conditionality. If all 19 euro area members were to request and draw on the full amounts permitted, borrowing would total €240 billion. However, many governments can currently issue debt far more cheaply than the terms available on these loans. On that basis, we can estimate the maximum demand for these loans to be below €80 billion. Given that the ESM’s current unused lending capacity stands at €410 billion, there is no resulting requirement for the ESM to increase its market borrowing. This is important as increased bond issuance would exert upward pressure on yields.

Also mentioned in the previous blog post was the European Investment Bank’s (EIB) €25 billion pan-European guarantee fund, which will provide financing of €200 billion to support small and medium-sized businesses. The €25 billion funding will come directly from member states, and only at the time that there are actual claims under these guarantees, so, similarly, there is no associated increase in the EIB’s bond issuance.

The European Financial Stability Facility (EFSF) is another large supranational issuer, which was originally created as a temporary resolution mechanism during the European sovereign debt crisis. However, the subsequently created ESM has since taken over sole responsibility for providing financial assistance (should a member state require it). The EFSF continues to issue loans in order to rollover outstanding debt, and will do so until loans provided to Ireland, Portugal and Greece are fully repaid, but the COVID-19 response will not require any increased supply.

The three aforementioned issuers make up the large bulk of the European supranational market (Exhibit 1). Therefore, due to mostly unchanged issuance expectations for this year, spreads stabilized (Exhibit 2) as investors digested and understood the Eurogroup proposals.

In the spread history graph above, we see the strong performance of supranational bonds in recent days, which followed a joint proposal by Germany and France for the European recovery fund to include €500 billion of spending, financed by debt issued by the European Commission. The proposal for spending in the form of grants rather than loans has been particularly supportive for European bond spreads. While a number of member states continue to oppose budgetary transfers as part of the pandemic response, the shared ambition between these European heavyweights will add significant pressure for others to shift their positions in the way that Germany has.

The European Commission is due to submit its proposal for the European recovery fund on 27 May, but it is reasonable to expect it to be quite close to what has been described by Germany and France. The proposal will then be subject to negotiation among member states. In practice, there is a good chance that some compromise will mean the spending will be done via a combination of grants and loans. What appears far more certain, though, is that the funding will come from a large increase in debt issued by the European Commission (EU). Exhibit 1 shows the EU as the fourth largest issuer in the index. Over the past five years, the EU has issued an average of only €3.5 billion per year. This compares with the EIB’s €60 billion supply schedule for 2020. These amounts provide context for the €500 billion recovery fund proposal and the potential to weigh on the supranational market should such a funding plan become closer to a reality.

European supranational bond spreads will continue to be supported by European Central Bank (ECB) asset purchase programmes, their relative yield advantage over core European government bond yields and their preferred creditor status. However, ECB purchases can only be made in the secondary market, and are subject to a 50% issue and issuer limit, meaning significant investor demand will still need to be found. Rather than pricing against existing supranational bonds, significantly higher EU debt may therefore need to be offered closer to sovereign bonds such as those of France and Belgium in order to attract sufficient interest, especially as the EU will want to ensure that the supply is taken down well.

In summary, while the current three largest European supranational issuers are not expected to materially increase their market funding needs, the size and necessary pricing of the additional EU supply that we expect would likely cause spreads to widen across all issuers in the universe. In high-quality and sovereign-related portfolios with existing supranational bond holdings, we have used the recent outperformance to reduce overweight exposures and realize gains, as spreads have tightened since they were purchased. This ensures that, should spread widening take place (either for the reasons noted above or otherwise), we will be well positioned to add exposure again at cheaper prices.