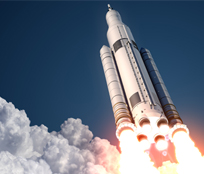 This update describes our viewpoint given the information available at the time of writing; we realize the situation is extremely fluid and changing quickly.

Economic and social policy responses to the coronavirus/COVID-19 outbreak have led us to believe that Europe will find itself in a recession soon. We think the recession will be deep but could be relatively short-lived. The policy reaction across Europe has been swift compared to previous crises. While the policy responses across Europe may have appeared disjointed, this seems to have been largely driven by a delay between COVID-19’s impact and the broad global policy response. We are now seeing more convergence—most major countries in Europe (and also globally) will, in the end, have adopted broadly the same set of measures, while taking into account the country-specific context.

We currently expect the eurozone economy to shrink by around 1% in 2020, and this is after taking into account monetary and fiscal policy responses to reduce the damage. While risks are skewed very strongly to the downside, we expect that a deteriorating economic situation will be somewhat counterbalanced by an escalating policy response in monetary, regulatory and fiscal matters.

The monetary policy response by key central banks in Europe has rested on three pillars: policy easing via rates where possible and other means, liquidity provision for the financial sector and measures to ensure proper transmission of monetary policy as well as market functioning and market liquidity where it has evaporated. Most central banks have gone back to the recent lower bound in policy rates, and soon possibly beyond. The European Central Bank (ECB) seems to be already there, and has instead focused on other strategies. The Bank of England (BoE) has been quick to cut rates even below the trough in 2016/2017. The liquidity provision from the ECB and BoE has been expanded significantly but this is just as necessary, not a sufficient condition for banks to lend to the private sector. Several central banks have taken measures to enable intervention in specific asset classes where market liquidity is key, primarily government bonds and short-term money markets. Examples are the ECB’s new (and additional) €120 billion facility under the existing Asset Purchase Program (APP), but also other programs around the world, including in the United States, Poland, Israel, Indonesia, etc. The ECB’s Pandemic Emergency Purchase Programme (PEPP) has taken the policy reaction two steps further: quantitatively as the amount announced corresponds, for now, to 6% of eurozone GDP before the end of the year but also qualitatively as the facility is very flexible and eliminates some earlier constraints. In fact, as long as COVID-19 threatens the proper transmission of monetary policy, the ECB has wide discretion on what assets to buy and can scale up the amounts if needed. Moreover, by announcing this program, the ECB has essentially communicated that it is willing to give up the self-imposed issuer and issuance limits for sovereign bond purchases. One additional angle on this is the smoothing of FX markets, with the domestic currency effectively also being an “asset”. This is primarily an issue for the EM world, and we have seen Brazil engaging continuously; the Czech National Bank is reportedly looking at this, and the topic is also being discussed by many central banks around the world. We expect both elements of asset purchases will become increasingly a focus for central banks, largely as a consequence of dysfunctional local markets, but also as a policy variable to “lean against the wind” and support their respective currencies.

Where appropriate, central banks have also eased banks’ regulatory constraints, for example with respect to capital requirements. Noteworthy here is the BoE’s tack with respect to the countercyclical buffer, which was eased rather than tightened, as had been expected; this freed up bank capital. Similarly, the ECB has taken direct measures but has also invited local supervisors to take a step back. All of this represents a policy dimension where more can happen around the world, as banking supervision is ultimately “local”.

On the fiscal side, a more expansionary fiscal stance also rests on three broad pillars: “pure” stimulus, credit support measures and other structural policies with a fiscal cost. While most package announcements will attempt to overwhelm by the sheer combined size (e.g., Poland is reportedly looking at a fiscal program amounting to 9% of GDP), it is worth thinking about the components separately. When all is said and done, we expect the current fiscal expansion to exceed the one Europe experienced during the 2008/2009 crisis, setting aside the bank bailouts.

First, in the narrow sense, pure stimulus is additional fiscal spending that national or supranational governments undertake to combat the direct demand impact of the crisis. Italy is currently targeting €25 billion in measures, corresponding to 1.4% of GDP, much of which is direct fiscal spending. Given the severity of the crisis, we expect the pure stimulus component in economies around the world to rise to that level and in all likelihood surpass it. Germany’s planned aid package geared at micro enterprises with less than 10 employees alone is worth more than 1% of German GDP. On the other hand, at the European supranational level, current stimulus plans are rather small and for now consist mainly of repurposed monies from underutilized structural cohesion funds. Fiscal stimulus can manifest itself as either actual spending or tax cuts—ideally directed at where it hurts most: consumers in flexible labour markets and corporates in more rigid labour markets.

Second, credit support is an important concept because it deals, in bank-based financial systems, with “the second leg” of the link between the central bank and the corporate world: the credit risk. The ECB has tried its best for now to reduce the liquidity risk for banks, but the fiscal policymaker can step in and reduce the credit risk, for example via government guarantees. Something along these lines has been issued in Germany, potentially unlimited in size, and the UK has adopted a broadly similar program to reduce the disruptions in the corporate sector. This is easier to do for countries with more fiscal room, and it could come with a hefty cost in the end.

Third, the governments in Europe have been adopting a myriad of more or less costly structural measures that can help companies and households: easier access for short-work schemes, delay in all sorts of payments from taxes to electricity bills, etc. This is too vast a field to summarize succinctly—and partly it overlaps with “stimulus”—but there is clearly a lot of room for manoeuver. Note for example that the short-work scheme introduced in Germany during the 2008/2009 crisis, and re-activated now, prevented, at the time, up to 1.5 million people from being fired and the unemployment rate increased by around 1 percentage point rather than 5 percentage points. In other words, the sovereign shouldered a cost that was uncertain at the beginning, and otherwise would have accrued to companies (outlays related to firing and later re-hiring and production disruptions in between).

Ultimately the sovereign has to step in to keep the economy afloat, at least temporarily. We don’t think it is a complete coincidence that the ECB has lead the way with its massive PEPP facility, which acts as a backstop for fiscal spending against this particular threat. Renewed European conversations around joint bond issuance are more urgent than ever and appear an appropriate strategy to tackle joint risks such as the current economic shock. If not now, then when?