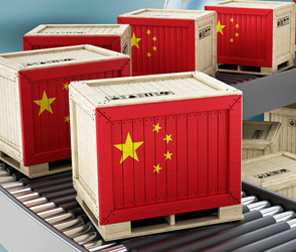 China GDP: To Worry or Not to Worry?

This week’s 1Q19 GDP report for China showed that the economy grew 6.4% year-over-year, the same pace as the previous quarter and matching the post-Lehman low in 1Q09. Nonetheless, the outcome surprised on the upside (consensus 6.3%). Indeed, forward-looking releases suggest a cyclical consolidation is underway. The March PMI came in at 50.5, snapping a sub-par streak in prior months. Earlier this month, the IMF tweaked its 2019 GDP estimate for China to 6.3% (previous: 6.2%), which would be a commendable outcome except that it contrasts with downgrades in G7 countries.

For the global investor, the Chinese economy is too big to ignore. Analyzing China is often far from straightforward due to long-standing issues with data quality and regional disparities. The observed disconnect among different time series can make it hard to discern short-term trends. The Li Keqiang index, created a decade ago, was an attempt to reconcile those differences, but even this measure has become less reliable given its focus on industrials. Unlike the case in developed markets, domestic equity prices in emerging markets (EM) such as China have not always been a reliable barometer of the country’s macro pulse, because of the dominance of state-owned enterprises (SOEs).

Yet, for all the misgivings about official statistics, market participants are fixated on China’s headline GDP print, often at the expense of appreciating the structural shift of growth drivers from trade and investment to domestic consumption. With the emergence of the middle-income households, e-commerce turnover has witnessed explosive growth. The equivalent Black Friday sales in China are now almost twice the size of those in the US. The services PMI has been solidly in expansion mode. Indeed, two-thirds of 1Q19 growth emanated from consumption.

After four decades of market liberalization, central planners remain in the driver’s seat and play an overriding role in steering the economy. Consequently, differences in views among China watchers often boil down to differing prognoses on the government’s willingness and ability to counter macro imbalances. In the short term, the authorities have demonstrated their resolve to mitigate downside risk. The IMF upgrade is owed in part to so many forms of policy stimulus introduced since the second half of 2018.

Given the above, the cyclical trajectory should be distinguished from its secular path. Longer term, China’s rapidly aging demographics would unambiguously point to a slower rate of expansion. Indeed, the government’s growth targets have stealthily crept lower over the years, from 8% in 2011 to 6.0%-6.5% this year. We view the managing down of growth expectations as both necessary and desirable. It is entirely possible that the official target nudges closer to 5% over the next three to five years.

In terms of the key macro takeaways of broad stability in China, they are mainly focused on what it is not. The base case is not a replay of the previous infrastructure-led boom, so commodity-led EM countries should take heed. The journey is also not without speed bumps. China is a large and highly diverse economy with still-significant structural excesses (e.g., credit build-up and an income gap). Policy missteps, while unlikely, could accentuate these macro imbalances. But the good news for the global investor is that sturdy growth in the world’s second largest economy should provide a near-term backstop against a disruptive drop in global growth.