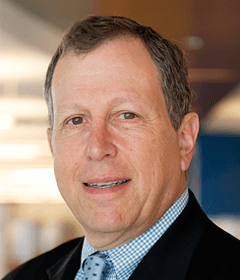 Pop quiz: What is the rate of return on fixed-income investments in a year during which interest rates rise?

What could make bonds have positive returns in a rising rate year? There’s at least one obvious cause: bonds have a yield or carry. The average yield on intermediate bonds over the 87 years was 4.66%. So in an average year, the negative effect from rising rates had to be more than 4.66% in order for the bond to have a negative return.

An approximation to the price return on a bond due to a rate change is:

Of course not every year is an average year. Exhibit 1 shows that of the 29 years when there were rate rises of less than 1.0%, intermediate bonds had positive returns almost every time. There were only two exceptions, 1956 and 1958, when rates were low and rose rapidly. On the other hand, of the 14 years when rate increases were more than 1.0%, half still had positive returns. Again, there’s an obvious cause: if yields were higher than average, then a bigger price drop could be overcome. In 1981, for example, yields started the year at 12.45% and ended the year at 13.96%, or 1.51% higher. The very high carry easily overcame the price drop from rising rates.

Rates are now quite a bit lower than the historical average; the five-year US Treasury was at 1.39% on September 30, 2013. Intermediate bond yields did hover around this range for more than a decade starting in about 1936, as shown in Exhibit 2.

Exhibit 2 further shows that rates stayed very low from the late 1930s through the 1940s. In August 1954, the intermediate rate was 1.38%, essentially the same as it is now. A massive, decades-long bear market in rates ensued, culminating in a 16.36% peak in August, 1981. Even so, bonds had cumulative positive returns over these decades.

Clearly the bond bull market represented by the right side of the massive hill shown in Exhibit 2 would result in positive returns. But it seems intuitive that the flipside of that should be that the ascent of the intimidating left face of the mountain—the bond bear market from the 1950s to the early 1980s—should have resulted in negative returns. So the fact that it didn’t seems too good to be true. Is it?

As we’ve already seen, higher yields are a mixed phenomenon. There are price drops because of the duration effect in approximation (1), but there is also increased carry. So part of the explanation of positive returns during the 1950s to 1980s bond bear market is simply higher carry. If there were an upward rate shock that weren’t reversed, over the long run the increased carry would be more beneficial than the one-time downward price shock. Further, about 93% of the time, US yield curves are mostly upward-sloping, i.e., yields for longer maturities are higher than yields for shorter maturities. A five-year bond held for one year becomes a four-year bond, and since four-year yields are generally lower than five-year yields, the bond will in this case increase in price. This is called rolldown.

Suppose for example that a newly issued five-year bond pays a 4.0% coupon and is priced at par ($100) because current five-year yields are also 4.0%. Suppose further that four-year yields are 3.5%. If yields don’t change over the next year, then the (now) four-year bond would be paying a high coupon: 4.0% versus the going rate of 3.5%. So it would price at a premium—about $102.28. In addition to the 4.0% carry, the bond would have gained another 2.28% from rolldown.1

To credit a hypothetical intermediate bond portfolio with the benefits of rolldown as calculated in the previous paragraph, we’d have to assume that the bond investor holds the bonds for a year and then sells them, presumably then replacing them with new intermediate (five-year) bonds. We’d also have to assume that nothing happens to the yield curve during that year. Neither assumption is realistic. In practice, there are complex mixes of yield curve changes and investor behavior that determine actual outcomes.

For the intermediate bond series used for the data in Exhibits 1 and 2, the single US Treasury bond closest to five years maturity was used. As soon as a new bond closer to five years existed (either through the passage of time or through new issuance), the old bond was sold and replaced with the new closest-to-five-year bond. So the rolldowns reaped by the intermediate bond index were variable and depended on the composition of US Treasuries (UST) outstanding and issuance at the time.

Fortunately, a pattern emerges. Martin Leibowitz, author of the 1972 fixed-income bible Inside the Yield Book, has noted that most fixed-income indices have durations that vary slowly.2 We noted above that the Barclays U.S. Aggregate Index has a duration of 5.5 years. Over the past 10 years, the Barclays U.S. Aggregate Index has fluctuated in a range of plus or minus one year around a 4.65 year average duration3; it’s higher when rates are low and lower when rates are high.

…with duration-targeted (DT) portfolios, where the same duration is maintained over time, returns converge back toward the initial yield, so the multiyear volatility turns out to be far less than that suggested by the initial duration. Perhaps surprisingly, this convergence and volatility reduction holds regardless of whether yields have high volatility or exhibit a steady rising or falling trend over the investment horizon.

…Our theoretical model of DT suggests that annualized returns for five-year duration portfolios should approach the initial yield in six to nine years.4

Exhibit 3 tests whether “returns converge back toward the initial yield” over five-year periods, a little shorter than Leibowitz’s theoretical claim:

As with Exhibit 1, the dots represent years starting in 1926. Note the highest dot on Exhibit 3 is at about 14% on the horizontal axis and more than 16% on the vertical axis. That dot turns out to represent 1982. On December 31, 1981 intermediate bond yields were at 13.9624%. In the five subsequent years from 1982 to 1986, the annualized compound return on intermediate bonds was 16.978%. The return was higher than the starting yield because yields were descending rapidly down the right face of the Exhibit 2 mountain, but they were a similar order of magnitude.

The trendline in Exhibit 3 shows that the initial-yield rule of thumb has held quite well over the 1926 to 2012 period; the correlation between starting yields and subsequent five-year returns was 94%. Deviations from the trendline represent the historical effects of rate changes and shapes of yield curves. But these effects were dominated by the return to the trendline.5

In addition to duration targeting, there is another strategy whose return converges to initial yield: buy-and-hold. If a bond is simply bought and held to maturity, then its rate of return over its life will by definition be its initial yield-to-maturity, assuming that it doesn’t default. So the observation that duration-targeted portfolios have the same property—initial yield converges to rate of return over time—is a way of saying that this property is invariant over many ways of managing duration. It doesn’t always hold, but for most fixed-income portfolios this tendency is strong in practice.

4. Factors Other Than Intermediate Rates

There are many complex features in bond investing, so the initial-yield “rule of thumb” is not a rule. Our analysis has focused on intermediate bonds since they are close to broad market averages. In practice, however, portfolios often contain a mix of longer and shorter durations. These portfolios may have an average duration close to five years, but the averaging processes for yields and returns may not always produce a pattern similar to the one in Exhibit 3. Portfolios composed entirely of longer-duration bonds may take longer to recover from rate shocks than the intermediate portfolios analyzed here.

In practice, many risk factors other than those represented by a yield curve are used by professional fixed-income investors. Credit spreads, sovereign spreads, volatility surfaces, mortgage risks and foreign exchange rates are just some of the possible sources of additional reward—and additional risk. Our observations have focused on nominal returns; real returns involve inflation rates that provide another level of complexity.

The global financial crisis of 2008 to 2009 produced enormously unusual results in many markets, especially credit markets. The historical record of intermediate US Treasuries (UST) behavior analyzed above shows there were patterns of rate-driven behavior over many different past economic environments, but it’s necessary to remain vigilant about future conditions that may differ from the past, and segments of the markets that are not rate-driven.

The historical record shows that intermediate UST bonds, representing the rate component of broad fixed-income averages, haven’t had a three (or more) year period with a loss at any time in the last 87 years. Theoretical work concurs with this historical pattern: over many different rate paths and rebalancing strategies, bond portfolios eventually tend to produce compound returns close to their initial yields.

Fixed-income investors are right to be concerned about rate rises, and many other factors in fixed-income markets can affect bond portfolios, both positively and negatively. All these factors need to be carefully evaluated in the management of fixed-income portfolios. But both the historical record and theoretical work suggest that over five-plus-year horizons, rate-driven bond “bear” markets produce positive returns.