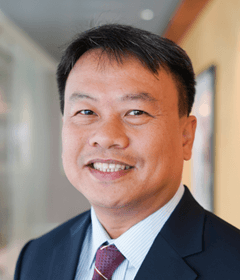 An Update on China

Q: How would you describe the general state of the Chinese economy? Do you think China is experiencing a soft or hard landing?

DS: Western Asset is in the soft landing camp, meaning that the Firm is expecting China’s headline GDP growth to decelerate to 5%-6% over the next few years as the economy makes a structural transition away from low-end manufacturing towards services and the information technology sector. The journey will undoubtedly be bumpy; headline growth indicators may be weak, but in our opinion, the probability of a hard landing remains low as China’s per capita GDP is still at emerging market (EM) levels and the government has considerable policy levers to boost economic growth. China’s contribution to the world’s economy remains significant given its growing base. For example, 6% growth in China now contributes the same amount to world GDP as 10% China growth did 5 years ago.

The moderation in China’s growth rate is a continuation of the ongoing trend since 2012 as workers’ wages have risen and demographic headwinds have emerged. China’s economic slowdown is both necessary and welcome, underscoring the transition of the economy from an investment-driven growth model to one based more on services and consumption. The International Monetary Fund (IMF) has commented that China’s structural transformation will prove to be more healthy and sustainable in the long run.

Q: What does China’s slowdown mean to other economies?

DS: The ripple effect from China’s lower headline growth will be hard felt by commodity-exporting countries, such as Australia, Brazil and South Africa, which have been heavily reliant on Chinese commodity demand in the past. Countries plugged into the Chinese supply chains, such as Japan and South Korea, which export intermediate goods to China, will also be seriously affected. While China’s slowdown will negatively impact certain countries/industries, it is benefitting others. For example, with the rise of an affluent middle class in China, we have seen increasing Chinese demand for overseas education and outbound tourism in countries such as Thailand, the United Kingdom, Australia and Japan. In addition, countries that compete with China such as Vietnam and Bangladesh are also gaining global market share from China’s withdrawal from certain low-end labor-intensive manufacturing such as textiles and toys. Therefore, the impact of China’s slower growth on global economies is mixed and uneven. For many China-linked economies, it will be necessary for them to diversify and reposition themselves for China’s economic transformation.

Q: What do you think of certain media outlets highlighting an impending China banking crisis?

DS: It is true that non-performing loans (NPLs) of the Chinese banking system have risen and there are continuing debates as to the true amount of soured loans (officially at CNY1.27 trillion or 1.67% of total loans outstanding). However, Chinese authorities have a number of levers to deal with the rise of bad assets. First, as a result of stringent regulatory policy, Chinese banks have elevated loan loss reserves that currently cover NPLs by over 1.8x. Second, Chinese banks are quite profitable by global standards with return-on-equity in the mid-teens; they generate CNY2.5-3.0 trillion (approximately US$400 billion) of pre-provisioning operating income on an annual basis. Last, the vast majority of China’s bank lending is backed by collateral (usually real estate) and this should help to mitigate the losses associated with defaulted loans. It is only through the exhaustion of the above that the system’s equity will experience impairment. In such a situation, intervention by the government to recapitalize weak banks is viable as the debt is CNY-denominated.

Q: What are your views on the Chinese currency?

DS: Fundamentally, we think the Chinese yuan should remain relatively firm on a trade-weighted basis, buffeted by China’s large trade surpluses and relatively high economic growth. Given the diverging monetary policies of the US and the rest of the world, some bilateral weakness of the Chinese yuan vis-à-vis a strong US dollar backdrop is possible in 2016, but we expect the Chinese yuan to remain an outperformer compared with other EM currencies.

As part of its foreign exchange reform, the Chinese government clearly wants market forces to play a bigger role in determining the exchange rate and for the currency to exhibit two-way flexibility instead of a one-way bet on either depreciation or appreciation. Hence, we have seen People’s Bank of China’s (PBoC‘s) daily fixing mechanism move towards a trade-basket-based foreign exchange regime instead of bilaterally referencing to the US dollar.

In addition, the Chinese yuan’s inclusion into IMF’s Special Drawing Rights last year was a recognition of China’s economic influence and a boost to the currency’s international status. This should generate increased demand for Chinese yuan-denominated assets in the medium- to long-term, as global reserve managers gradually diversify their currency allocations. In addition, we believe the Chinese government is aware that Special Drawing Rights inclusion requires capital account liberalization and this should encourage them to carry out necessary financial reforms and a gradual opening up of China’s capital markets.

Some currency speculators have, in their own interest, called for a substantial (up to 50%) depreciation of the Chinese yuan. We do not see their call as credible. First, China’s policymakers see a major yuan devaluation as undermining China’s financial and political stability; they have given assurance to major investors of currency stability. Second, China’s capital account remains mostly closed despite its recent liberalization. Currency speculators aiming at Economist Robert Mundell’s “Impossible Trinity” maxim, which states that a country cannot maintain independent monetary policy, a fixed-exchange rate and free capital borders all at the same time, are attacking the offshore Chinese yuan (CNH) as they are unable to access the onshore Chinese yuan (CNY) market. The offshore CNH liquidity pool constitutes less than 2% of the onshore CNY liquidity pool. China’s authorities have tightened controls to prevent leakage of CNY offshore for non-trade purposes and the offshore CNH liquidity is itself shrinking as Hong Kong residents convert their CNH deposits back to Hong Kong dollars. As speculators borrow offshore CNH to go short the currency, they will cannibalize on themselves within a limited liquidity pool—this will result in a prohibitively high funding cost.

Q: What could be considered the major risk for China in the near term?

DS: In our view, the key risk for China is accelerated capital outflows due to a loss of confidence in the Chinese yuan amongst the populace. At US$3.2 trillion, China’s foreign reserves are the world’s largest, but the size of recent capital outflows (estimated by Bloomberg to be US$740 billion) following the CNY fixing reform/devaluation on August 11, 2015 is deeply concerning. However, we have seen a slew of measures announced by the government over the past 6 months to stem outflows, including the recent measure of putting a limit on overseas credit card transactions. To anchor market confidence, PBoC has been keeping the Chinese currency’s fixing at a relatively stable level and Governor Zhou Xiaochuan has recently provided enhanced communications and clarity to the market. The effectiveness of these measures will be watched closely by market participants. If sentiment fails to stabilize, large capital outflows could exert renewed pressure on China as well as the global financial markets.

Q: What investment opportunities do you currently find attractive?

DS: We think the Chinese onshore bond market presents a good diversification and yield enhancement opportunity relative to very low yields in developed market fixed-income. Given Special Drawing Rights entry, we believe Chinese Government Bonds are a good channel to express the medium-term constructive view of the Chinese economy and the Chinese yuan.

At a size of US$7.4 trillion, China’s bond market is the third largest in the world. The foreign participation rate remains low at 1.6% due to long standing quota restrictions imposed by China. This is expected to change following the recent policy relaxation, which will make the China Interbank Market almost fully accessible to foreign institutional investors, thus paving the way for sizable foreign inflows into the market over the long term. In an environment with low-to-negative interest rates, Chinese Government Bond yields (currently at approximately 3% for 10-year bonds) provide attractive pickup over other major developed economies and we believe initial investors will benefit from a first-mover advantage.

Q: What is Western Asset’s competitive advantage when investing in the Chinese bond markets?

DS: Western Asset has delivered value to investors over the long-term using the Firm’s time-tested investment philosophy: long-term fundamental value-driven investing that deploys multiple diversified strategies. We believe there are several key strengths that will enable the Firm to maintain its leadership position in the Chinese fixed-income space as it continues to grow and evolve.

First, Western Asset maintains a highly effective globally integrated platform that possesses strong Asia research capabilities led by our Asian Bond Team based in our Singapore office. Investment management and research capabilities in Asia leverage on the views of the broader global investment management team, primarily the Emerging Markets Debt Team based in our Pasadena headquarters.

Second, Western Asset has been managing dedicated Asian bond strategies since 1994 and has maintained a presence in the region since the late 1990s. We have been investing in both the onshore and offshore Chinese fixed-income markets since June 2011.

Additionally, Western Asset has been on the cutting edge of Chinese bond market developments required to ensure investors have access to all potential alpha-generating opportunities within China. As an example, the Firm, along with its parent company Legg Mason, applied for and obtained a Qualified Foreign Institutional Investor quota from the Chinese government in the early stages; this allowed Western Asset to obtain onshore Chinese government bond exposure for its clients. As the Chinese capital and currency markets continue to mature and open up, we believe we can successfully exploit attractive value opportunities in both Chinese onshore and offshore markets.

Mr. Soon holds a Bachelor of Social Sciences from the National University of Singapore, as well as a Master of Science in Financial Engineering. Mr. Soon also holds the Chartered Financial Analyst designation.