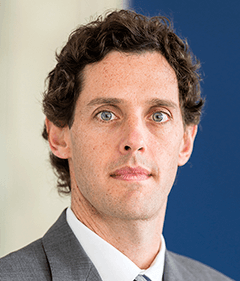 Fed Hiking, But Not Tightening

The Federal Reserve (Fed) raised the federal funds target rate as expected on Wednesday despite unspectacular growth, underwhelming inflation and only modest wage growth. The Fed certainly took all of these factors into account, as well as considering the positive growth in the US and improving growth abroad, along with the ongoing accommodative financial conditions—including low borrowing costs and a recently weaker US dollar. Further moves later this year may become more doubtful if inflation continues to disappoint, and if one or more of the other positive factors begins to falter.

If the Fed does hike again this year, as we expect, we think it’s important to note that this would not necessarily mean tighter liquidity or higher volatility in the bond market. The Fed has now hiked at three consecutive quarterly meetings, yet during this period the US dollar has moved down, bond yields are lower and risk assets are well supported. The small moves by the Fed have been offset by the much larger impacts of somewhat stronger global growth and a positive tone in markets. As long as growth and risk sentiment remain positive, additional Fed hikes may not have that much of an impact on markets.

We expect the global economic recovery to continue, aided in part by a still-accommodative policy backdrop. Growth in the US has actually picked up this year, as strength in the factory sector has offset a slowdown in housing. Global growth has similarly been better than expected—specifically, the surprising strength of Chinese growth. While positive, neither the growth nor inflation data suggests an overheating that would cause a material shift in central bank policy. To the contrary, inflation remains low around the world, and that should prevent central banks from shifting their stance too much, even if they do some normalization in the meantime.

The backdrop of continued recovery and supportive policies will be especially beneficial for parts of the market that we believe still have value, such as emerging market bonds and investment-grade credit. Emerging markets were very much out of favor at the end of last year due to fears about protectionism and tighter monetary policy, among other things. Western Asset took the contrarian position that these assets were priced too low, and that better growth would ultimately be a positive development for the asset class. Even as emerging market assets have outperformed year-to-date, yields remain elevated and we believe these assets are uniquely positioned to benefit from continued improvement in global growth. We also have an overweight to credit, including some exposure to European banks, as we think the recent capital raises by the European banking sector is good news for bond holders.

Mr. Scholnick holds a Bachelor of Arts degree from the University of California, Los Angeles, and an MBA from Cornell University. He also holds the Chartered Financial Analyst designation.