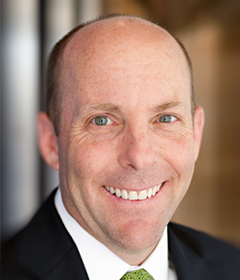 The following is an update of Western Asset’s view on oil moves over the last several months—particularly given the recent downdraft on July 6—as well as our general assessment of the high-yield energy sector. We’ll begin by looking at the NYMEX oil curve at various points in 2015 (Exhibit 1), starting at the mid-March lows (shown in green). This was the lowest point in the front month oil contract this year, marking the period when the market was exceedingly worried about the US storage situation in the face of continued ramp up in US production and the seasonal trough in refining demand. The storage risk never materialized, and since then, the data points have been generally constructive for tighter future supply/demand (slowing growth in key supply basins, better demand both in the US and throughout the world, high global refining margins and renewed supply disruptions in several countries). Coupled with the sustained lower US rig count and lower expected upstream capital spending globally, the oil futures curve had been gradually moving up on better fundamentals until Greece and China, and its follow-on risks grabbed the headlines. The threat of an additional 700,000 oil barrels per day (bpd) from Iran, if sanctions related to the country’s nuclear ambitions were to lift, seems a manageable near-term headwind and there is a fair amount of skepticism that Saudi Arabia can sustain over 11 million bpd over time.

So what’s with the curve? Over the last couple of months, front month WTI has struggled to break above $65/bbl for both 2016 and 2017, most likely driven by producer hedging as upcoming 2Q15 earnings will show that producers have sold the futures curve hard to add in additional protections for the balance of 2015 and well into 2016. We have heard this from high-yield exploration and production (E&P) issuers on many occasions lately—that they are hedging to ensure 2016 survival, not to ramp capital expenditures (capex). The July 6 oil futures curve, noted in yellow, has retreated back toward March lows as the worry has moved from supply (low prices and expectations that time will fix imbalances) to demand (Greece risks to global growth, China bubble burst, etc.). Despite all the noise, one thing hasn’t changed, and that is the fact that not much works in E&P domestically or internationally at these prices. Some companies have portions of their inventory continuum that can (using a loose definition) “make money” but, broadly speaking, the industry is unsustainable at current prices. This means capital will continue to be withdrawn globally until low prices cure low prices. This will take time. 2Q15 will mark the first quarter of the advertised capex cuts for E&Ps, as 2014 budget remainders spilled into 1Q15’s figures, so capital extraction out of the industry will accelerate quickly in the coming quarters.

For high-yield E&Ps, as the outer part of the oil futures curve refuses to move beyond the psychologically important $70/bbl level, we expect several themes will move to the forefront over the back half of the year—M&A, acquisitions/divestitures and continued liability management (secured financings/debt exchanges)—as we expect low commodity prices and declining hedge gains will work to sharpen and shape management teams’ decision-making processes on corporate survival.

So how has high-yield energy performed? Interestingly, as shown in Exhibit 2, there is still no near-term leadership within ratings and subsectors except that investors continue to steer clear of anything CCC rated in E&P, particularly outside key US oil supply basins (Permian, Eagle Ford, Bakken). Given the acceleration of corporate debt exchange offers and secured debt financing activity, the submarket of deeply discounted CCC rated energy paper continues to be shunned by investors, as these securities have significant priming and/or restructuring risk. Volatility is evident in the performance table and likely continues to be a function of high-yield flows and crude oil prices, despite what is going on fundamentally in both oil and gas. Exhibit 3 shows relative yields (energy versus ex-energy high-yield index) through early July. Through May, we were close to 100 basis points (bps) tighter versus the ex-energy high-yield market from the mid-December 2014 wides, but have given back roughly 72 bps over the course of June and early July, with energy spreads +287 bps wide to the ex-energy high-yield index as of July 9, 2015—back to the year-to-date (YTD) wides experienced in mid-March.

Renewed macro risks around China/Greece/Iran and resulting heavy high-yield sector outflows over the last two months have caused energy bond spreads to weaken back to YTD wide spread levels versus the broad high-yield index. Despite the tough near-term macro backdrop, we continue to believe low crude oil prices will drive the necessary reduction in global industry activity that results in a tighter supply/demand imbalance in the long run, a process we believe will take several years.

Mr. J. Gibson Cooper is a Research Analyst at Western Asset and has been at the Firm since 1998. He was Assistant Portfolio Manager at Franklin Templeton Advisors and Senior Account Manager at Aetna Capital Management prior to joining the Western Asset team.

Mr. Cooper is a graduate of the University of California, Berkeley and has an MBA from the UCLA Anderson School of Management. He is a CFA charterholder.