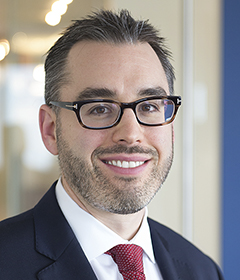 What's Happening in the Commercial Real Estate and CMBS Market?

While the commercial mortgage-backed securities (CMBS) market has been known to exhibit periods of high volatility, the first few weeks of 2016 were the most volatile since the credit crisis and took many market participants by surprise. As our expectations for economic growth and commercial real estate fundamentals have remained largely unchanged, market pricing has decoupled and reached unsustainable levels. In this note, we review what happened to the CMBS market, why it happened and how Western Asset is managing client portfolios. In spite of these challenges, we see long-term fundamental value in the CMBS market.

Volatility in the CMBS Market

In early 2016, benchmark spread levels for new issue multi-borrower conduit bonds widened out to their widest levels since the summer of 2011 and underperformed the investment-grade and high-yield corporate bond markets. Relative to other credit markets, CMBS have been fairly well insulated over the last couple of years. However, in the first few weeks of the year, AAA spreads moved out 30-40 basis points (bps) after widening 40-50 bps in the second half of 2015, and before recouping half of the losses over the last 3 months. However, the real carnage occurred at the BBB- attachment (and below-investment-grade securities), where spreads widened nearly 500 bps in 2015 and early 2016, and have subsequently tightened 225 bps, recovering less than half of the price decline. This is in stark contrast to the high-yield corporate market which has already recovered nearly all of the declines suffered over the last year.

We can trace the dramatic selloff and heightened levels of volatility to both short-term and longer-term factors. Global recessionary fears surrounding China, the price of oil and systemic risk with respect to banks triggered a selloff that was exacerbated in part by the high level of ownership of CMBS credit by hedge funds that in general bought these securities with a meaningful amount of leverage. Throughout 2015, even as CMBS credit spreads moved wider, the pace of the widening was slow for most of the year and was devoid of the negative headlines pertaining to the energy market that had impacted the high-yield corporate market so materially. As these investors began to sell risk to meet redemption requests (actual and expected), other risk exposures were targeted and then seemingly all at once CMBS credit was sold in January and February 2016.

Although this recent selling wave and the related downward pressure on pricing is largely behind us, the cumulative impact over the last 2 years of reduced dealer participation has exacerbated the selling pressure from hedge funds. In light of a continuously evolving regulatory framework for the dealer community, the general response has been to reduce inventory levels. This phenomenon of course is not limited to CMBS and has been well documented across nearly all fixed-income credit markets, but over the last 6 months the withdrawal of liquidity for CMBS credit has intensified.

The Increased Regulatory Burden for CMBS

Regulatory reform has come under a myriad of new proposals, from risk retention to the fundamental review of trading book (or FRTB), Basel 2.5/3/3.5, Volker, comprehensive capital analysis and review (or CCAR) and inter-dealer margining. Some of these reforms have already been implemented and some will be shortly; however, the net result has been a fundamental shift in the way dealers conduct their businesses. Every trade and every bond is viewed though this convoluted prism of rules.

One of the most visible impacts that these reforms have had on the CMBS market has been the approximately 40% decline in dealer inventories for non-agency CMBS. In addition, the composition of the existing inventory has been skewed more heavily toward senior risk profiles such as 30% enhanced AAA bonds from multi-borrower pools (conduit transactions). While most large investment banks remain committed to CMBS trading given their importance to the origination business, the asymmetric reduction of inventory has led to a different reaction in various subsectors. In more levered risk profiles such as lower dollar-priced legacy bonds and recent vintage BBB conduits, dealers have roughly doubled their bid-ask spread from a year ago. This has led at least in part to a decline in trading volumes, which has in turn reduced price transparency and led to higher mark-to-market risk. We see the current situation as both a challenge and opportunity, as these factors will likely be major drivers of performance results for investors.

A looming challenge to the market will come from the implementation of risk retention around year-end. Risk retention for CMBS was included in the final version of the Dodd-Frank Act, but CMBS have had third-party retention for the majority of transactions since the inception of the market. The real challenges facing CMBS under the new rules are the amount, the 5-year mandatory holding period and the inclusion of large loan securitizations, which currently don’t utilize the same subordinated bond buying process as conduit deals. When implemented, the size of the retained piece will go to 5% of market value, which, if effectuated in a single horizontal tranche, would include most if not all of the BBB- tranche. While there are a number of different solutions to this issue, and we expect the issuers will use them all to maximize capital efficiency, the uncertainty coupled with the wider spreads required by investors will make securitization financing less competitive for borrowers. Already this year, CMBS issuance has declined by approximately 40% compared with last year, but encouragingly the percentage of loans successfully refinancing from legacy transactions has remained above 70% as alternative sources of capital have filled the void. The silver lining to this issue is that eventually the reduced supply of bonds should provide a positive tailwind for the sector.

Western Asset believes that US economic growth will continue to grow at a moderate rate and monetary stimulus measures will be unwound very gradually; both of these are conducive to the continued recovery of commercial real estate assets. The degree of price appreciation that has taken place over the last few years has become a concern for policymakers. Eric Rosengren, President of the Boston Federal Reserve, said in an interview last month, “One potential cost to keeping rates too low for too long is that doing so might encourage excessive risk-taking in commercial real estate—a sector likely to be influenced by low borrowing costs.” We have yet to see the egregious risk-taking in the sector that was prevalent a decade ago and have observed behavior by property investors that is much more targeted and disciplined than it has been in previous cycles. Price appreciation has been primarily driven by investors purchasing trophy assets in gateway cities and ever-lower capitalization rates. For example, within the office sector, prices of properties in central business districts (CBDs) have more than doubled since the credit crisis and are 35% higher than during the previous peak, while suburban office assets, which have not benefited from international investor purchases to the same degree as CBD assets, have appreciated half as much. Going forward, we expect price appreciation to moderate and become primarily a result of improvements in property performance rather than capitalization rate compression.

How is Western Asset positioned to manage commercial real estate and CMBS strategies?

Despite the various challenges the commercial real estate market faces, we believe CMBS securities are attractively priced given our fundamental outlook and we are maintaining our overweight positioning across the vast majority of client portfolios. While the market remains vulnerable to future periods of volatility, we do not expect the market to perform as poorly on a relative or absolute basis as it did for the first 2 months of 2016. The changing composition of the investors in the market, the liquidity dynamic and late-cycle fundamentals have led us to favor shorter-duration bonds where we can perform a detailed loan-level analysis. Our analysis takes into account our views on the economy, rates, commercial real estate performance and financing as well as the structural and servicing idiosyncrasies of each securitization. We then incorporate alternative scenarios using these factors and apply them to the securities in order to capture the potential impact on the timing and amount of the bonds’ cash flows. As value investors, when bond pricing implies collateral performance that falls well below the outcomes of our scenarios, we view these as attractive opportunities. Given the increased complexities of the market we are constantly monitoring and adjusting our holdings in an effort to optimize the risk/reward tradeoff for our clients.

Harris Adam Trifon is a Portfolio Manager and Research Analyst with Western Asset, and has 16 years of experience. Prior to joining the Firm, Mr. Trifon served as Director of Fixed-Income Research with Deutsche Bank, where he was Global Head of CRE Debt and US ABS Research Teams. As Director of Structured Finance with Standard & Poor’s, Mr. Trifon was a Portfolio Manager and Team Leader for all Conduit, Fusion, Single Borrow, Large Loan fixed-rate and Small Balance transactions. At BNP Paribas Mr. Trifon served as Assistant Vice President of Fixed-Income, where he provided analytic support to senior exotic option traders, including products of digital options, callable spread CMS trades, callable inverse floaters and callable power range accruals. He began his career as Assistant Vice President of Fixed-Income with Bank of Tokyo-Mitsubishi, where he was responsible for trading and maintaining USD-based interest-rate derivative arbitrage portfolios and for proprietary trading portfolios comprised of interest-rate futures and options.

Mr. Trifon is on the boards of the Commercial Real Estate Finance Council (CREFC), the University of Florida’s Bergstrom Center for Real Estate and was voted on the Institutional Investor All-Star list the last 2 years prior to joining Western Asset.

Mr. Trifon holds a Bachelor of Arts in Economics from the University of Florida, and a Master of Science in Real Estate/Finance from New York University. At NYU Mr. Trifon focused on real estate finance, portfolio and risk management, real estate capital markets, corporate finance, law and economics, among many other areas of finance.