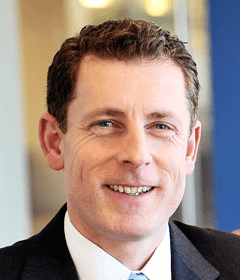 The Puerto Rico Public Corporation Debt Enforcement and Recovery Act has roiled the market for Puerto Rico debt and focused investor attention on the Commonwealth’s willingness to meet its debt obligations. Of course, the Act and its continuing effects did not occur in a vacuum; they are the latest developments in a dramatic sequence of policy moves, ratings actions and investor responses. Our investment decision, which we began to implement in 2012, has been to make cuts to our Puerto Rico exposure yet continue holding a reduced allocation to two names: COFINA1 and Puerto Rico General Obligation.

Puerto Rico’s story plays out against a backdrop of a severely challenged economy, with both the government and public corporations highly indebted. With a population of less than four million people, Puerto Rico remains mired in a lengthy recession with high unemployment and a low labor participation rate. This small economy must support a disproportionately large public workforce and more than $70 billion of debt. A resolution to these economic problems will not occur in the short term, but the government’s recent actions show a clear intent to stabilize its fiscal position.

Governor Alejandro García Padilla was elected in November 2012 and has led an administration that has taken a number of effective steps to improve the Commonwealth’s fiscal position. It has improved the efficiency of the assessment and collection of taxes. It has passed the first balanced budget in 22 years, reformed the Employees Retirement System, and introduced measures to move Puerto Rico’s public corporations toward self-sufficiency. As stated in a recent press release from the Government Development Bank, “All the steps taken since the beginning of this Administration have been consistent and aligned towards the same goal: to strengthen the General Fund and COFINA while ensuring the self-sufficiency of public corporations that provide essential services to island residents.” These actions and statements overcame Puerto Rico’s weak economy, and the Commonwealth successfully accessed the capital markets in March 2014.

Despite these assurances, the ratings agencies have interpreted the Act as weakening the credit of the unaffected entities, believing that there is now a higher probability that they may be included in a future restructuring. The result has been credit downgrades and negative price action.

As written, the Act allows public corporations to restructure, but leaves COFINA unaffected. To illustrate the difference between these credits, consider Puerto Rico’s electric utility (PREPA). PREPA is a regulated monopoly with an aging infrastructure that is reliant on oil to generate electricity. As a result, PREPA charges more than twice the US average price for electricity and still operates at a loss. In a weak economy, PREPA cannot raise electricity rates. A switch to natural gas generation would reduce costs, but PREPA’s high level of debt will prevent the capital expenditure necessary for this improvement. Like PREPA, Puerto Rico’s Highways Authority and Water and Sewer Utility are severely challenged credits. They are also permitted under the Act to restructure.

By contrast, COFINA’s revenue increased to $1.24 billion during fiscal year 2014 (ending June 30). Despite the weak economy, this represents the strongest annual receipt in COFINA’s history and provides almost twice the coverage for the cost of its debt service. The improved revenues are due to recent government measures that have reduced corruption and increased the rate, breadth and efficiency of collections. COFINA’s debt is senior to Puerto Rico’s Treasury in its claim on sales and use tax revenues, and its loan structure prohibits over-leveraging these revenues. COFINA is, therefore, a self-sufficient credit; it has no need to restructure nor is it permitted to restructure under the Act. We believe COFINA is fundamentally a better credit today than it was one year ago.

We continue to hold a reduced allocation to Puerto Rico General Obligation debt and COFINA. At current valuations, we believe that these are the only two Puerto Rico credits that merit inclusion in our portfolios. We anticipate elevated volatility in these credits and will closely monitor relevant economic, political and legal developments. We look forward to providing regular updates on this and other public finance topics.