Periods of negative performance tell us a lot about a manager because they may be forced to act against their will. We believe portfolio risk can be managed with a high degree of reliability and aligned with investors’ appetite for risk; that is our primary job. Still, evaluating a manager’s negative performance in a reliable and measured way can prove quite useful. This paper looks into periods of negative performance, or drawdowns, highlights how best to organize such data and what to look for, and finally, applies the analysis to our Macro Opportunities strategy. 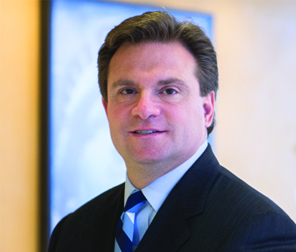 “Periods of negative performance tell us a lot about a manager …”

Every manager will lose part of your money; the key question is can active management make it back?

Oftentimes the evaluation of an investment opportunity focuses on philosophy, people and process but may overlook an examination of a strategy’s negative performance. Periods of negative performance tell us a lot about a manager because they may be forced to act against their will—they may need to reduce positions when its least desirable to do so. Western Asset believes portfolio risk can be managed with a high degree of reliability and aligned with investors’ appetite for risk; that is our primary job. Still, the question remains whether there is a clear-cut way to evaluate a manager’s negative performance as easily as philosophy, people and process are differentiated. We believe so.

This paper focuses on exactly that. We’ll take a deep look into evaluating periods of negative performance, or drawdowns, as they’re commonly referred to. We’ll highlight how best to organize the data what to look for, and finally, we’ll apply this analysis to study the drawdowns of Macro Opportunities (MO).

MO is an aggressive, fixed-income strategy that seeks to provide significant returns over the long term. It does this by taking concentrated positions in key investment themes and attempts to offset those risks with negatively correlated macro strategies—two components in one straightforward portfolio.

With MO in its 10th year, let’s look at the annualized gross returns since inception (Past performance is not indicative of future results. Please see the Performance Disclosure for more information):

It is at least somewhat remarkable that a fixed-income strategy not employing explicit leverage could be so profitable over nearly 10 years, especially when in 50% of those months, short-term rates were zero.

By this analysis alone it seems the strategy should be considered successful; it did achieve its goal to produce outsized returns. But is it a “good investment”? One can’t answer that question by looking at returns alone. A fair question might be, “How much risk did MO take to generate such returns?” For that analysis, we need to examine its negative performance.

What Is a Drawdown?

Put simply, an investment strategy is always either in a period of drawdown or, is making “new highs.” The depth and length of any current drawdown period is not known until the previous high is equaled—only then do we know with certainty the depth and length of the drawdown. Data for periods of negative performance, or drawdowns, is conveniently observed in a special chart (Exhibit 1) called an underwater equity curve. It’s called “underwater” because it only highlights periods of negative performance. The underwater equity curve chosen for Exhibit 1 is an example of a strategy with a high Sharpe ratio and an attractive drawdown profile. Notice the negative performance depicted by shaded areas that look like paint dripping from the top x-axis; anytime performance reaches a new high NAV, it’s not recorded on the x-axis—there is only empty space.

“Drawdowns are important because they highlight one of the great challenges of investing: the asymmetry between risk and return …”

Graphing periods of drawdown for a particular strategy enables investors to observe the “cadence” of loss experienced by the manager. It’s a continuous picture of the interaction between risk taken and rewards earned. A desirable underwater equity curve for any strategy shows frequent periods of white space along the x-axis when the manager makes new high NAVs. These periods should be interspersed with somewhat symmetrical periods of loss and gain. Symmetry is the key theme; you want to see the strategy repeatedly taking risks matched quickly with the ability to recoup losses.

Asymmetry during loss periods may indicate style drift, a change in investment management or simply poor risk controls. It can also highlight losses yet to be overcome. Imagine a manager who lost 20% four years ago, but who makes returns of 4%, 5% and 6% the following three years. Performance seems attractive on a three-year lookback, but one would quickly realize that losses still haven’t been fully recovered.

Why Are Drawdowns Important?

Drawdowns are important because they highlight one of the great challenges of investing: the asymmetry between risk and return, which usually works against the investor.

The mathematical asymmetry between gain and loss is straightforward; when you lose 10%, you need 11% to break even. This alone usually beats the novice investor. Factor in slippage, bid offer spreads, transaction costs and management fees and well, there’s nothing symmetrical working in favor of the investor there. But even considering these factors, there is one more metric the investor needs to be wary of: the probability of ruin.

Once losses become large enough, the probability of losing everything increases exponentially. For example, if the drawdown reaches 50%, you need to make 100% on the remaining capital to break even, but the risk required to do so will likely result in ruin. The problem the manager faces is that drawdowns become increasingly difficult to mitigate. The problem the investor faces is that the manager won’t be allowed to take the required amount of risk due to responsible investment guidelines. The underwater equity curve crystalizes this asymmetric struggle.

The Predictability of Drawdowns

Of course, we wish our managers made money every trading day of the year, but they don’t. None do. There are times when a manager is expected to be profitable and times when it is simply not possible. These patterns show up in the underwater equity chart. Many strategies have recognizable underwater equity curves because it’s known in advance what risks they try to exploit.

For example, Systematic Global Macro CTAs (Commodity Trading Advisors), have somewhat predictable underwater equity curves, or drawdowns. Investors wisely use this drawdown profile to their advantage when they buy and hold such a strategy, in case markets dislocate unexpectedly. That’s why over many decades, CTAs remain a very substantial percentage of the total AUM in the hedge fund space—for having exactly the lumpy, but predictable drawdown profiles they have.

“The underwater graph says it all.”

How Useful Is This Data?

Western Asset believes it's enormously useful. A long-term chart of a manager’s drawdowns as described here requires no “buy-in” from an investor as to the merits of one process over another, or even a manager’s view of interest rates, the Federal Reserve (Fed) or inflation. No agreement is needed. The underwater graph says it all. It’s an unbiased record of a market period when no one knew the outcomes, showing risks taken and rewards earned. Performance and risk management is the only true validation of the philosophy, people and process that precedes it!

MO had six periods over a span of nearly 10 years where day over day it drew down 600 basis points (bps) or more from a previous equity peak. It’s important to note that with an annual 10% standard deviation budget, statistically, this should be a somewhat frequently occurring event. Nevertheless, the table in Exhibit 2 highlights those periods along with the number of calendar days required to make a new, high NAV.

The first observation is that the frequency of significant drawdowns is relatively low at six times in 10 years. Second, the cadence of loss appears consistent with a long-term, fundamental approach to investing. Each loss period coincides with a market dislocation in which the direction of monetary and fiscal policy was unusually opaque. In sequential order, the events were the announcement of the first “open-ended” QE3 in Sep 2012; the 2013 taper tantrum; fear of secular stagnation immediately following the first Fed hike in December 2015; realization that accelerating growth and inflation due to historical tax cuts and other stimulative policies did not materialize in October 2018; 2020 COVID-19; the 2021 anticipated spectacular growth and inflation due to economic reopening.

When noting the cadence of loss, look for periods when you expect the manager or strategy to have a difficult time; you want to see losses controlled and evidence of sustained positive performance immediately following each dislocating event. To evaluate this, simply measure performance from the lowest low to the next highest high (not the previous equity high which ended the drawdown). The returns in the last column in Exhibit 2 clearly indicate MO has demonstrated significant periods of positive performance after its drawdowns.

“Every single trading day of MO since inception, with the equity curve showing the positive return—there are no rolling windows or averaged data—you see every day as it happened.”

The data suggests that whatever MO does in terms of repositioning when suffering negative performance has provided an opportunity for significant outperformance in subsequent periods. This is exactly in line with its stated objective of attempting to generate significant returns by taking concentrated positions when value disconnects from market pricing. MO is a buy-and-hold strategy that seeks to deliver the best results to investors with a long-term horizon. So, for example, if an investor were willing to stay invested over one of the three- to five-year time horizons since inception, data suggests they would have been handsomely rewarded.

The chart in Exhibit 3 uses MO’s daily data as well as the value of $1 invested over the life of the strategy. Note the symmetry of the gains and losses across the x-axis as well as the empty space during profitable periods. This last chart has it all. Every single trading day of MO since inception, with the equity curve showing the positive return—there are no rolling windows or averaged data—you see every day as it happened.

Market volatility caused by COVID-19 in March 2020 was nothing short of spectacular. The VIX Index going from 25 on March 3 to 85 on March 18 evidenced that all markets, including the US Treasury market, were dysfunctional to the extent of requiring policy intervention. MO’s greatest drawdown of 20.2% occurred during this period on March 23, 2020.

MO’s drawdown was a 6 standard deviation (Std Dev) event for a strategy with a 10% volatility; the portfolio held concentrated positions in investment-grade and high-yield credit as well as in emerging market (EM) local currency sovereign debt. By comparison, the move in investment-grade credit measured as a 25 Std Dev event! High-yield suffered an 18 Std Dev event and JP Morgan EM Local Currency Debt a 6 Std Dev event … yet the strategy made a new high in only four additional months. We understand market returns are not normally distributed, but this back-of-the-envelope comparison, using historical or target volatilities and adjusting for the time frame, shows just how unprecedented the moves were. The point we make is that statistics, as many things in life, should be viewed within the context of their environment.

“The cadence of loss seems consistent with MO’s long-term, fundamental style of investing.”

At this point we seem better equipped to answer the question of whether or not MO is a “good investment” by looking at both the positive and negative performance. Here’s what we know:

While past performance is never an indicator of future results, we believe these nine reasons support the conclusion that MO can indeed be a very attractive investment for a long-term investor.

View the Performance and Risk Disclosures for Macro Opportunities.