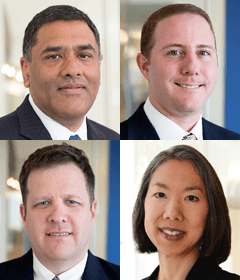 Laying the Foundation for Housing Reform

Given the high degree of uncertainty around the agenda of the incoming Trump administration, Western Asset is focused on reviewing the implications of potential initiatives on the fixed-income markets and identifying value opportunities for client portfolios.

Treasury Secretary nominee Steven Mnuchin recently raised the profile of housing reform when he stated that “getting Fannie and Freddie out of government ownership” is a top 10 priority for the Trump administration. We had anticipated last spring in “Forcing the Hand of Housing Reform” that this topic would edge into the spotlight, as the capital buffers for the government-sponsored enterprises Fannie Mae and Freddie Mac (the GSEs) are slated to be completely depleted by January 1, 2018 per their agreement with the US Treasury.1 This paper augments our prior piece by assessing the different options that the incoming administration could consider and laying out what we believe would be the most effective way to maintain housing affordability and mortgage market liquidity: a hybrid model in which private capital is supported by an explicit government catastrophic backstop.

Since 2012, Fannie Mae and Freddie Mac have been able to reduce taxpayers’ risk of loss on the GSE portfolios through a variety of programs mandated by the Federal Housing Finance Agency (FHFA), including the issuance of Credit Risk Transfer (CRT) securities and private mortgage insurance agreements. These programs cover mortgages issued since 2012, primarily those that are currently performing. Through these programs, the GSEs have been able to transfer mortgage risk on over $1.4 trillion in unpaid principal balance, or UPB, to the private market. As such, Fannie Mae and Freddie Mac are exposed to losses only under a major housing crisis akin to the 2007-2012 period and the Great Depression. Additionally, the GSEs have reduced the overall economy’s mortgage risk by instituting tighter underwriting guidelines and increasing the quality of loans originated.

The GSEs continue to insure loans issued pre-2012, which include re-performing and non-performing loans. This legacy portfolio is being wound down in the form of portfolio sales as well as risk transfer securitizations. These portfolios have improved in value due to strong demand from private investors and access to lower costs of financing through securitization.

These initiatives have helped limit the risk both on the retained portfolio of legacy loans and on new guaranteed loans on a go-forward basis. And yet, any losses experienced by the GSEs after the end of 2017 will require further calls of capital from the Treasury, passing losses onto the government’s balance sheet—a scenario that will likely be met with strong political resistance.

Three options for housing reform have been widely discussed:

We view this option as not only impractical from a market perspective, but also the least likely to be approved by Congress. The GSEs would need to raise an estimated $200 billion in equity, an amount similar in scale to Wells Fargo’s, to establish structural stability. In the absence of government support, we do not believe enough private capital can be raised without severely impacting housing affordability. This side effect would be universally reviled by lawmakers. The privatization option would face additional political pressure because the existing conflicts between private profits and socialized losses would remain unresolved. Furthermore, there is a group of speculative investors that would receive a windfall if the companies were to be recapitalized and released under a normal conservatorship process, another political flashpoint.

Along the lines of the Protecting American Taxpayers and Homeowners Act, or PATH Act, introduced by House Financial Services Committee Chairman Jeb Hensarling in 2013, the GSEs could be unwound, leaving market forces to fill in the resultant void. The GSE receivership and liquidation process would be an enormous, lengthy task, fraught with execution risk. For context, the value of outstanding agency mortgage-backed securities (MBS) is equivalent to approximately 25% of US GDP. Investors in these securities include banks, pension funds, the Federal Reserve (Fed) and foreign central banks. Any alteration of the implicit guarantee and accompanying change in issuer ratings would have immediate, adverse effects to the health of these investor groups. Thus, winding down legacy securities would likely be untenable unless some form of government guarantee was involved.

Private, non-federally guaranteed issuers that might sprout out of the ashes of the GSEs would certainly require much higher returns, raising the cost of homeowner borrowing. We estimate that non-guaranteed MBS with loan characteristics similar to agency MBS would require a 1% to 2% higher yield, incur higher transactional costs and raise the average borrower’s monthly mortgage payment by over 20%. The resulting increase in primary rates and market volatility would have severe negative effects on the housing sector of the economy. Hence, it is difficult to envision this option garnering the requisite lawmaker support.

The GSEs could continue to remit their profits to the Treasury and transfer credit risk to the private sector through the CRT program, while the Senior Preferred Stock Agreements remain in place. However, we think that the lack of a capital buffer for both companies beginning in 2018 will serve as a minor catalyst for change. At a minimum, we believe that the Treasury would amend the Senior Preferred Stock Agreements in order to increase the amount of capital that each GSE can hold before the January 2018 deadline, which can be accomplished without Congressional involvement.

Our Thesis: A Fourth Option

Despite Mr. Mnuchin’s comments, we believe that the Trump administration will direct its initial energies toward taxes and regulation, and that negotiations around housing reform will begin no earlier than the second half of 2017. Hence, housing finance will likely adhere to the status quo in the near term, although we do expect details of the administration’s vision for reform to fill in throughout this year.

Looking ahead to when Congress does focus on housing reform, we believe that a hybrid approach that combines elements from the first and second options above (i.e., privatize and unwind the GSEs) is practicable. We envision this hybrid approach as follows:

Feasibility of the Hybrid Option

We view the hybrid model as a realistic option, as several key building blocks have already been laid for its foundation.

First, political support has coalesced around the basic structure of this approach, as evidenced by the progress of two bipartisan bills. The Corker-Warner Bill of 2013 and the Johnson-Crapo Bill of 2014 both proposed creating a Federal Mortgage Insurance Corporation from which private entities could purchase an explicit government guarantee. These bills proposed a risk sharing plan that would require private capital to absorb the first 10% of losses on the MBS issued with government backing.

Second, some of this risk sharing has already been implemented by the GSEs through the CRT programs, as described previously. The success of CRT to date indicates that investors are willing to provide private capital in a hybrid-like model at economic levels. If the loan eligibility requirements can be well defined, the right amount of first-loss participation can be determined, and the full-faith backstop can be appropriately priced, we expect that the capital markets would be able to absorb this new risk without significant disruption.

Third, under the direction of the FHFA, a common securitization platform, or CSP, has been created, and the GSEs are on schedule to merge their MBS into one common MBS issuer. This infrastructure could be leveraged for the next generation of MBS issuance.

Finally, the bifurcation of legacy and new business assets has some precedent in the government’s “good bank/bad bank” restructuring of AIG.2 Note that the AIG transaction was negotiated by the Fed and the US Treasury, whereas an analogous GSE event would require Congressional action.

We believe transitioning to a hybrid model would likely have the following implications on the agency market, primary rates and mortgage credit markets.

In summary, we believe that there will be minimal changes to housing finance for the time being, but that when change ultimately arrives, a hybrid model in which private capital is supported by an explicit government guarantee would be the best approach. This approach would minimize disruption to the housing sector, preserve homeowner affordability, maintain liquidity in future economic downturns and build upon the initiatives already ongoing to increase private risk sharing.

Anup Agarwal is Head of MBS/ABS with Western Asset, and has over 20 years of experience. Prior to joining the Firm in 2013, Mr. Agarwal served as Portfolio Manager and Head of Consumer Credit with Stark Investments; Head of Credit and Research with Invesco Fixed Income; Principal and Senior Vice President of Capital Markets with Prudential Insurance/Questech Financial; Managing Director of Structured Finance with Copelco Capital, Inc./Citicorp Vendor Finance, Inc.; and Assistant Vice President and Credit Analyst with Moody’s Investor Service.

He holds an MBA in Finance from Temple University and a Bachelor of Technology degree from the Indian Institute of Technology.

Greg E. Handler is a Portfolio Manager and Research Analyst with 17 years of experience. Before joining the Firm in 2002, Mr. Handler was a Financial Consulting Intern at Gould Asset Management. He also held an Economic Consulting/Research internship at National Economics Research Associates.

Mr. Handler holds the Chartered Financial Analyst designation and has an undergraduate degree in Economics from Pomona College.

Sean Johnson is a Research Analyst and has been with Western Asset since 1995. He has 28 years of industry experience. Before joining the Firm, Mr. Johnson was a Portfolio Analyst at Pacific Investment Management Company (PIMCO) and a Supervisor of Investment Performance at Wilshire Associates, Inc.

Mr. Johnson holds a Bachelor of Science degree from the University of Southern California as well as the Chartered Financial Analyst designation.