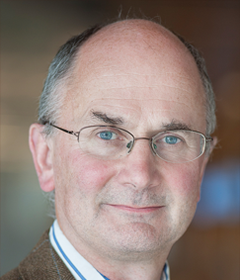 After protracted negotiations, the European Union’s finance ministers (ECOFIN) have agreed to a position on taking the recovery and resolution directive (RRD) for European banks forward. Discussions will now start in the European parliament “…with the aim of adopting the directive at first reading before the end of the year.” The rationale for the directive is to allow regulators “…to resolve financial institutions in an orderly manner without taxpayer exposure to loss from solvency support, while maintaining continuity of their vital economic functions.”

The major development in the agreement is the call for depositor preference to be applied in resolution where a bail-in1 is being deployed. (Presumably, the same ranking will also be enforced in a more conventional corporate liquidation and in circumstances where other resolution tools, such as good bank/bad bank splits, are deployed). Effectively, the proposals call for two tiers of depositor preference.

However, before the preference kicks in, there are certain liabilities that will be permanently excluded from bail-in. These include:

Additionally, national resolution authorities have discretionary powers to exclude other liabilities from bail-in for the following reasons:

Obviously the “avoid contagion” card is the one national regulators or, more significantly, their political masters might be tempted to play. A leaked draft of the proposed revised text offers greater clarity, stating that the discretionary exclusion from bail-in “…is strictly necessary and proportionate to avoid giving rise to widespread contagion that would severely disrupt the functioning of financial markets in a manner that could cause a serious disturbance of the economy of a Member State or the Union.”

The contagion argument is precisely what the Dutch authorities argued in the case of SNS Bank, where they protected (i.e., bailed-out) senior unsecured bond-holders. Undoubtedly the funding costs of the major Dutch banks would have increased in the short term if the Dutch authorities had bailed in SNS Bank senior creditors. However, with the level of liquidity support currently available from the European Central Bank, the impact on the Dutch banking system would have been limited in such a scenario. It therefore appears likely that the SNS Bank senior bail-out would not have passed the “strict necessity and proportionality” test.

Clearly, if some creditors benefit from discretionary exclusion, other creditors have to bear greater losses. This would be legally permissible provided the primary principle of “…no creditor being worse off than under normal insolvency proceedings” is maintained. An alternative would be for the discretionary exclusion to be effectively paid for by a contribution by the resolution fund.

The RRD will require member states to set up an ex-ante resolution fund with a targeted funding level of at least 0.8% of covered deposits within 10 years. The resolution fund can either be separate or combined with the national deposit guarantee fund. An interesting question to date has been what purposes these funds can be deployed for. According to the ECOFIN agreement, resolution funds would be available to:

This flexibility will be capped, being available only “…after a minimum level of losses equal to 8% of total liabilities including own funds has been imposed on an institution’s shareholders and creditors… The contribution of the resolution fund would also be capped at 5% of an institution’s total liabilities.” So, effectively, there is a first loss piece of 8% falling on shareholders and creditors, plus a cap on the fund “insurance” of the next 5%.

Importantly, this flexibility and its limits only appear to apply to the deployment of designated resolution funds but, again, there is one further degree of flexibility:

We believe that there are two possible interpretations of this latter provision.

Even if the first reading is correct, its interplay with existing (and possibly revised) state aid rules will make full blown bailouts (under which senior creditors remain whole and current) exceptionally difficult to justify.

There is no reference in this communiqué to the bail-in measures being implemented later than the other resolution measures (i.e., 2018 rather than 2015), although silence on the matter might well suggest that the original two-stage timetable is being maintained. This was one of the areas of debate/disagreement amongst the finance ministers, with the Germans in particular calling for the accelerated implementation. We have consistently maintained that this debate around the timing of the introduction of bail-in is a bit of a red herring, as losses can be imposed on senior creditors using the other measures in the directive, such as the good bank/bad bank split.

The statement proposes leaving the setting of the “minimum loss absorbing capacity” (i.e., own funds and eligible liabilities) to national authorities on an institution by institution basis based on size, risk and business model. They will review whether these minimum levels need to be harmonised in 2016.

There is no reference in this document to banking union. Presumably under banking union, the member states of the union will operate as one, with a common regulator and, ultimately, a common resolution fund while the non-member states will continue as before. However, all will be subject to the common rules of the RRD.

With this agreement, we take another significant step toward resolution and bail-in for European banks and, with it, another step toward the substantive removal of the implicit taxpayer guarantee for senior unsecured creditors. At this stage, it is unclear how this will impact the market for bank debt (especially senior unsecured debt), as much will depend on how banks adjust their funding strategies. On one hand, the loss of the implicit bail-out “guarantee” and the greater implied loss given default that comes with depositor preference would suggest that senior debt should offer a bigger risk premium to investors. However, if the banks respond by building up their buffers of subordinated debt, senior debt becomes better protected and, perhaps, also a scarcer product. On the other hand, although the markets have become accustomed to subordinated instruments’ capacity to absorb losses (most recently with SNS Bank and Co-op Bank), it is unclear whether it is yet anticipating a large volume of supply.

Meanwhile, the rating agencies continue to drag their feet over recognition of the reality of bail-in and persist with considerable amounts of “extraordinary support uplift” in their ratings of major European banks. Their primary argument centres around scepticism that bail-in could ever be achieved in practice, especially for large complex banks such as Deutsche Bank, Barclays and BNP. We believe that this scepticism, though understandable, is ultimately misplaced and credit ratings will have to reflect the higher probability of bail-in of senior bondholders, preferably before the first test case proves the rating agencies wrong.