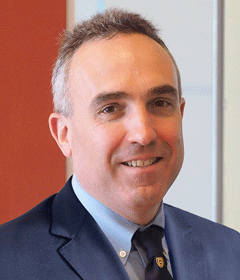 Municipal Versus Treasury Bonds: The Relationship

The Municipal Desk continues to find value for the crossover investor in municipal credit spread. This note uses the historical relationship between AAA municipal and Treasury rates (the “Relationship”) to interpret current market levels.

The table below summarizes the regression results for the 5-, 10- and 30-year maturities. Recall that the beta coefficient represents proportional change in municipal yield given a change in Treasury rates, and the constant coefficient is a municipal risk premium earned by the investor.

This table suggests that, given the right entry level, municipal bonds could provide protection from rate increases while earning a stable risk premium.

The regression model also provides a rich/cheap model to evaluate municipal yields in terms of Treasury yields. Using levels from March 18, 2015, we find that the 5- and 10-year municipal yields are 4 and 6 basis points (bps) rich, respectively. The 30-year point is 35 bps rich according to the linear model, yet has a ratio of 114% and a positive spread of 34 bps over Treasury yields.

One of the recurring questions regarding municipals is whether ratios should or do increase when rates decrease. The studies above indicate that ratios have increased in low rate environments, and recent history has provided us an opportunity to observe detailed behavior at the extremes of low rates. In particular, if municipal yields continue to track the regression line, then sufficiently low rates will lead to ratios that exceed 100%. The graphs above include the 100% ratio line shown in green, and, when Treasury rates are low, the data points cluster around the green line segments (albeit with errors). It appears that the market resists ratios above 100%, and the long-term regression relationship is broken at extremely low rates.

This represents a type of positive convexity. Near the point of intersection of the green and black lines on the graph, history suggests that municipals will lag Treasury bonds with a beta of 0.60 (for the 30-year point) if rates increase, but will keep pace with Treasury bonds if rates decrease.